the fact that Loki’s death scene in Thor 2 was originally intended to be real & retconned later and the end where he’s alive was filmed during pickups has me SO fucked up because now I can’t choose between which headcanon I prefer re: his behavior in Ragnarok. like listen, okay, either:

1. loki was planning on playing dead the whole time and so his very sad death scene & everything he said therein was a calculated move and he was practically writing the theatrical version of it (starring matt damon as himself) as he went along

2. loki really thought he was dying and every melodramatic word of his death scene was 100% heartfelt and then after he realized he wasn’t dead he fucking… woke up peaced out to go take over asgard (lol?) and several months later he was sitting on the throne and could remember every word of what he said to thor on that day and was like “wow im so fucking poetic. that should be a play. starring matt damon as Me perhaps”

and I honestly could not tell you which is better

There’s nothing more reassuring than realizing the world is more crazy than you are.

One son who wanted the throne too much, another who will not take it.

words of wisdom from Heimdall

Tom on TheFIX for Thor: The Dark World 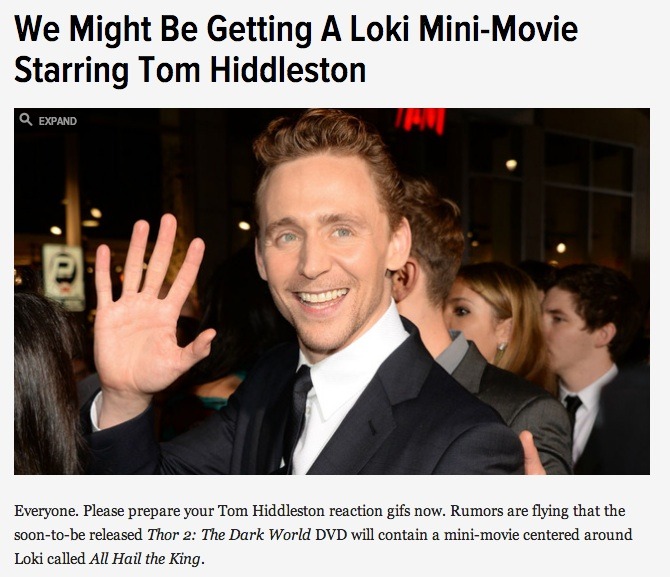