Longread: Inside the New A.I. from the Siri Guys

It’s a sad day in Issaquah, where a beloved rooster named McNugget is missing and presumed dead.

“I’m having to tell people all day long, and they’re just crying.
It’s horrible,” said Michelle Schneider, owner of Your Espresso Stand
near the parking lot and tree McNugget has called home for more than a
decade.

The
black rooster, who showed up in 2002, was named by a poll of Your
Espresso customers and has been greeted daily by people passing by. “He
is loved by so many,” Schneider said.

Schneider said an employee of the espresso stand got a call Tuesday
afternoon from a woman who said she had just seen saw a dog running off
with the rooster in his jaws.

“She chased after them, and she tried to find the rooster, but they disappeared,” Schneider said.

When Schneider heard about it, she hoped the eyewitness was mistaken.
Maybe the dog had grabbed a crow — there are plenty of those around.

But when she arrived for work about 5:45 a.m. Wednesday, she wasn’t
greeted by McNugget. He didn’t fly down and ask for a treat, as he
always would do. And he hasn’t gone into his little house.

As much as it hurts, Schneider said, McNugget’s fate seems clear.

I got the stinkeye from McNugget on more than one occasion when I pulled into this parking lot.  RIP, sir.  You will be missed

it’s a comedy skit, yes, but I still identify with this 100%

Thank goodness for the urge to take morning bathroom mirror selfies, because otherwise I would have left the house this morning with A) my shirt inside out and B) a developing hole in my shirt in an embarrassing spot that I wouldn’t have otherwise seen because of my bustiness. 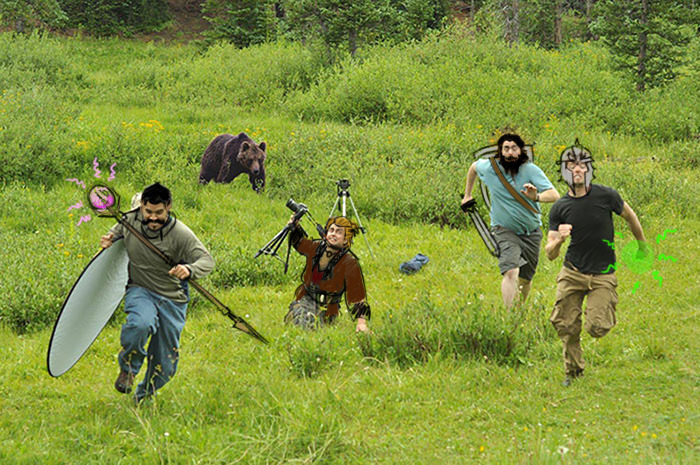 so the hinterlands was fun

If Cass was in the party, she would’ve been all SHIELD WALL

Box found in Tampa attic has coins, a map, a hand and a mystery

Mike Lopez has an interesting artifact of family history.

His sister was recently cleaning out her grandparents attic and came across a box with strange contents.

Neatly organized with copper wire, the box contains coins, a map, a photograph and most oddly a hand.

The hand is also secured to the box with copper wire and has a ring on one finger.

That moment when you hear about something horribly sexist and shitty a former acquaintance said on facebook, and you know you were 10,000% right to cut them out of your life completely.

I have lots of fun watching my friends seemingly argue with themselves because I’ve previously blocked the racist/sexist asshole who’s playing “devil’s advocate” again.

This vegan baking show is unreal…

what on earth omG

is this a cult

Vegans even have their own versions of death metal.